Overheard my duo piano team whispering to one another. Primo student: "Thought I could sneak that mistake by him". Secondo student: "You crazy? That son of a bitch can hear the grass grow". 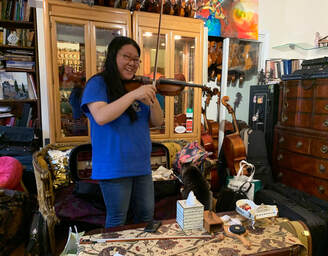 Lyra Harada has been my piano student since she was 12 years old. First lesson was on September 1st, 2007. She has also been my chamber music student since high school. She's now more like a daughter to me than a student.
Lyra was a favorite violin student of my wife Eriko Sato from the age of nine until her graduation from the Hoff-Barthelson Music School.
​This photo was taken at Lukas Violins on August 18th, 2019. Lyra was a very happy camper being reunited with her violin after Lukas had spent months improving it. As usual, Lukas did a miraculous job. 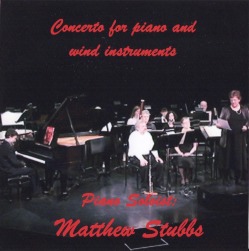 Nov. '08: Thirteen-year-old Matthew Stubbs performing the Stravinsky Concerto for piano and winds with the Salt Spring Island Symphonic Band as the winner of its annual concerto competition for all-comers. Matt began his classical training with me in the Fall of '05 and moved to the Vancouver area 2 years later. We've had occasional lessons in NY since plus an intensive week in Bennington every summer and we've resumed regular lessons by speakerphone after failing to connect through Skype and similar services. Somewhere in those 3000+ miles there must be a giant bird standing right in our way. It doesn't help that both sides are rather computer challenged. It's a good thing I kept my landline service.
Matt was the soloist in the Poulenc Concerto with the Cowichan Consort Orchestra in British Columbia in the Spring of '10. He was the soloist in the Schumann Concerto with the Salt Spring Chamber Orchestra in 2012 and performed the Beethoven Concerto No. 3 with the same orchestra in 2013. 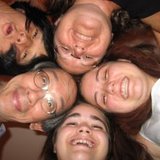 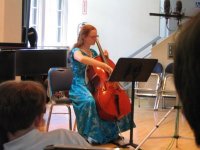 Simone Koster was one of my earliest students at Hoff and by the time she graduated nearly a decade later she became my all-time favorite piano student there, even though she was and is mostly a cellist. I also coached her in a string quartet.

She's now an Associate Veterinarian at the Califon Animal Hospital.

My Mannes NEXT students concert Dec. 2014 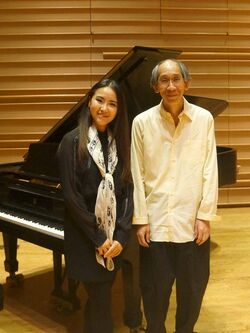